Projects > Traces of the Arctic

Traces of the Arctic at Duplex Collective, Portland, Oregon The sea has become a platform to discus global issues connected by international waters. It is a passageway for commerce, culture, and corruption depicted carefully with hand embroidered stitches. For the last 7 years my work has been focused on issues of conflict at sea. I have been investigating the interaction and impact people have on the ecology of the ocean. After following the media coverage and reports of stressful attempts to stop the Deep Water Horizon leak, I was inspired to research offshore oil explosions further. The explosions and leaks have left a trail of irreversible damage to the ecology. Lives were lost, and coastal economies ruined. The mass scale of these disasters mesmerized me. People have referred to my recent work as “disaster paintings”. Strangely, I did not think of them as disaster pieces while I was working on them. While I sew, I usually listen to stories or films about the sea, which helps inform me about the sensitive and multifaceted disaster that I carefully render in thread. 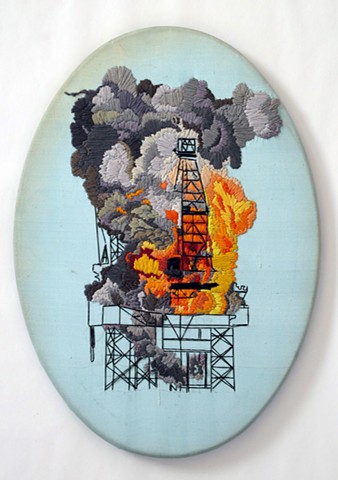 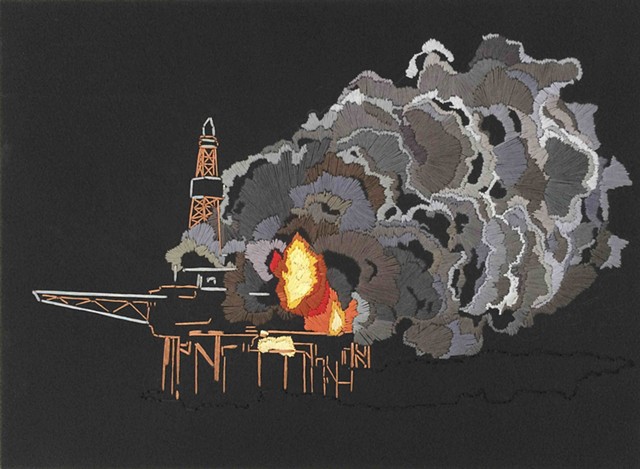 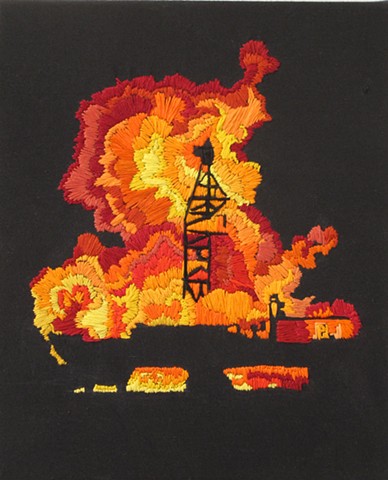 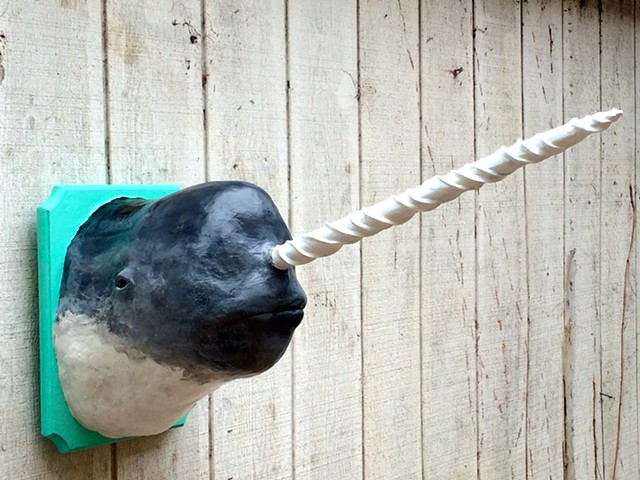 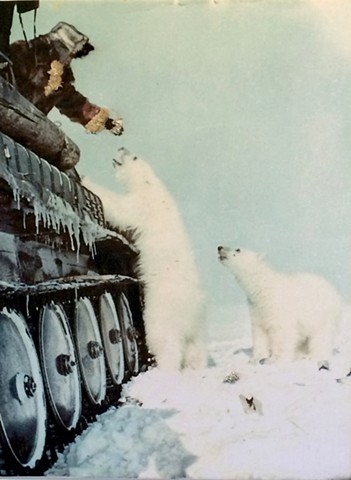 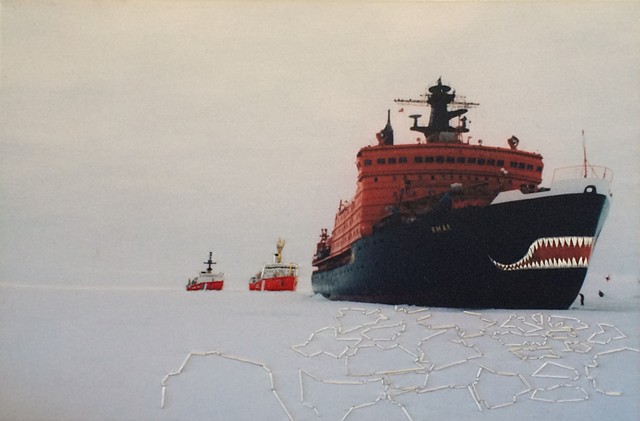 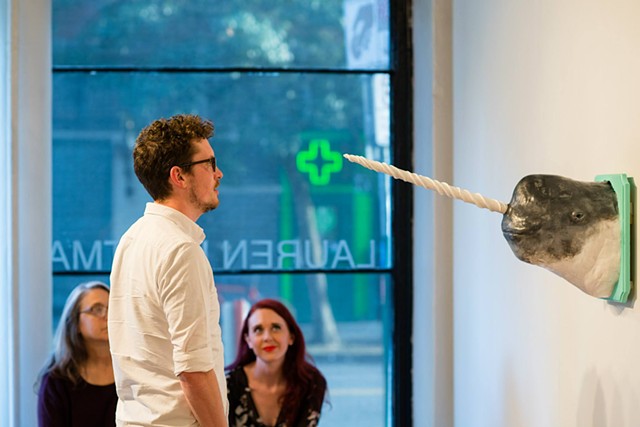